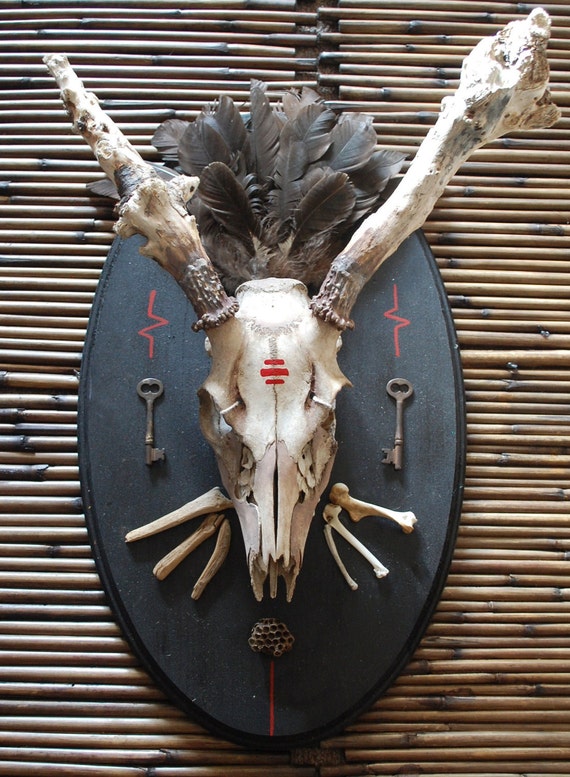 I like studying the I Ching, not for its woo-woo forcefield of prognostication, but for its base symbolism. The trigram Ξ in the I ching means, “the force of the small”, power in a detail. Doubled, as a hexagram, it represents creativity.

Qian is the creative.The activity of qian is often fraught with tragedy (…), because humans with their finite vision embrace qian in lopsided ways, and their creative activity gets shunted into groupings.

This trigram represents transcendence. Going beyond, creating. Being uplifted. It has a really positive association for me, because of this.

..also the XI card in tarot is strength, or passion..

The old name for this card is “Fortitude”. I think of it as stoicism in the pursuit of a passion; the ability to master forces opposing a goal. In the Crowley deck (gorgeous artwork!) this card is named “Lust”, in the sense of great desire or passion in life. again- for me, these are really positive associations that can remind me, even if subconsciously, the drive and determination to finish a piece, to keep working even when things suck or are falling apart all around me- to keep pushing even when the art piles up and nobody wants it and my wrists hurt and I’m tired. It also reminds me to make my work as potent as possible.

Ξ is a letter of the greek alphabet. 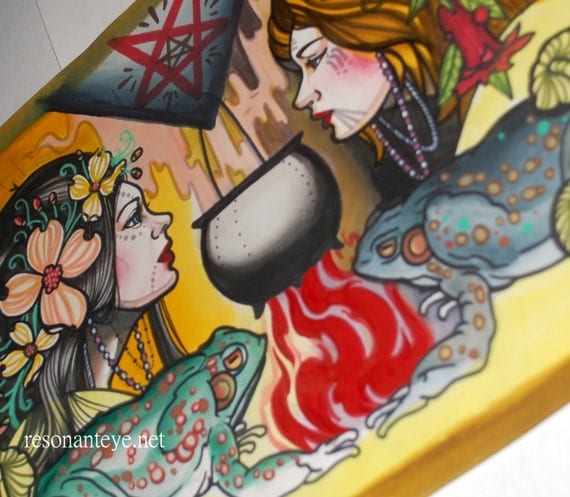 In mathematics, it represents several things- the universal set (an all encompassing set of numbers/equations), implying wholism. Or, in chemistry, the extent of a reaction- the resonance of it.

It can be used to represent the number 60- making it the centerpiece of a sort-of-moronic controversy about the number 666, of which it’s the central character.

It’s also used, turned to its side, as a symbol for conditional equality in an equation. In other words, the answer will hold true in that case but may not hold true in others. as in X≡a*b

There’s an uncertainty about it.

Then, there’s the lines and dots together. First of all, I call them sweat lines, because they remind me of the way cartoonists draw sweat popping off of a character who’s in trouble. But they also are a druid symbol, related to inspiration. Since, again, I am not religious at all, the whole “food of the gods” story here doesn’t mean much- but the idea that inspiration can appear from outside the self, and be disseminated then by the things you create with that…I can get my hooks into that.

Three dots is an ellipsis, implying that there is more to come, that the thought is unfinished…

I have a tiny tattoo on my hand of three dots. Yep, it’s a ‘Mi Vidi Loca’ tattoo. Yes, my life has been crazy. I tend to draw from all that weird experience in the things I make and do.

There’s more to it too, I have a bit of a compulsion to do things in sets of three in general. So even when I use the three lines/dots as a background pattern, they’ll appear in multiples of three throughout the piece. But all that’s a story for another day.