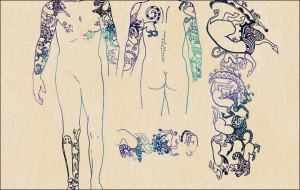 This first piece is based on tattoos found on a mummy, the Ukok ‘princess’ (probably a shaman). Her body is 2500 years old and was preserved in ice. Like the iceman of the Alps, these ancient human remains show intricate and amazing tattoo work, showing that our art has been around far longer than many might think.

Her body is about to be reinterred, which I think is a very good thing. We’ve learned a lot from her and need to return her to her resting place. You can read more about her here.
The woman who has these modern versions of the tattoos found on this ancient woman, is an anthropologist.

I think that all of the Ukok woman’s work is beautiful, and find the art very inspiring. I’ve seen actual full-scale images of these tattoos, and they are done impeccably. Even 2500 years ago, there were great tattoo artists in the world.
The work is astounding, compared to other tattoos we’ve seen from that era (which is not many). They’re not the typical bronze age/neolithic art we see, with its stick-figure base and straight lines, they’re ALIVE, in motion, vibrant. So inspiring.

The most recent MRI and other testing they did showed that she had advanced breast cancer, was using cannabis regularly (for the pain possibly) and had been thrown from a horse (which most likely is what killed her).

I really think that we’re not seeing all the things that were being done then. There’s almost…almost a thread that goes back, if you look at older tattoos (say, 1800s, or indigenous works) that makes me think our very earliest human ancestors were doing tattoos, and quite complex and intricate ones. Some motifs appear again and again, worldwide, and imply to me that there may be a previous, paleolithic art we’ll never get to see.

This woman’s tattoos hint at that even more strongly.

Here are a few more older pieces of my work that were in the same file…and a photo my best friend took of me, at the philadelphia museum of art. 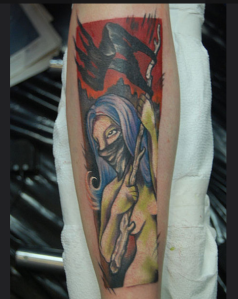 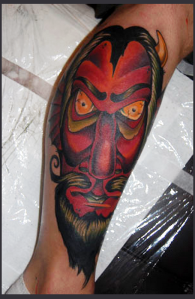 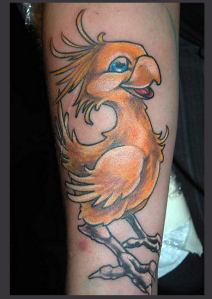 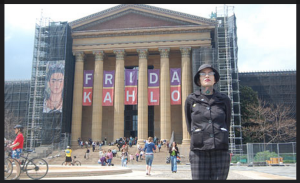