What are you afraid of?

I mean, in your everyday life. What do you actually fear?

I personally am not afraid that someone in a hockey mask will chop me to pieces at summer camp. I’m not really worried about zombies, monsters, or mutated townsfolk in New Mexico wastelands. I don’t shudder to think that cave creatures will eat me, and I don’t believe in ghosts- not ghosty ghosts, anyway. I’m an atheist so demons don’t frighten me.

Shit, what IS there to fear?

I used to get a scared thrill from serial killer sort of movies. Pioughkeepsie Tapes is a great example of this, and I liked it because I watch and read a lot of true-crime nonfiction. The cop’s eye view, though- it makes another layer there, a bit of distance. No matter how the suspense that “the killer could be watching this with you in the theater” is attempted, those crimes are in the past, and therefore not something possible, something frightening.

Movies like “Henry” or “I Spit on Your Grave” are along these lines. The plot is possible, (though unlikely) and the themes of vulnerability are frightening. There’s only so many times I can be frightened by the same slasher plot, so many times that the thought of a serial killer, the slim chance of that, can make me horrified. And if a film is a remake- for me, it barely counts. I have a hard time immersing myself in the film if I have seen it before. I spend my time looking for plot changes, comparing the new cast to the old, rather than suspending my disbelief.

So what actually scares me? When I see a movie with a character that is narcissistic, abusive- someone who is manipulative enough to pass as normal to others- I start to get a little scared. Domestic abuse scares the shit out of me. Rape and child abuse, neglect and sexual assault. Movies like A Serbian Film scare the crap out of me- those things happen, that stuff exists, and worse. And there are people all around who seem normal who pay per view… 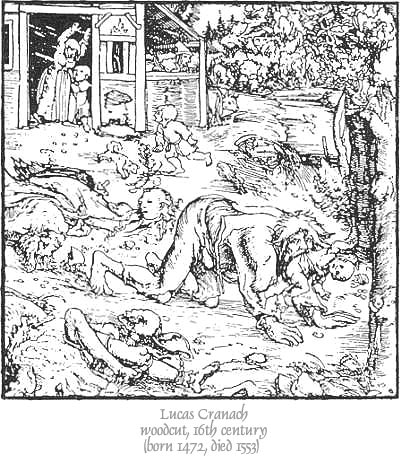 To have a female character not run, not once, not scream- during an entire movie. Regardless of how this is accomplished within the plot, it’s a complete reversal of the usual characterization of women in horror films. The father’s slick, brazen control over his family and his maltreatment of the women in it is believable, and familiar. The first slap is almost a release of the tension in the film. In an abusive relationship, every moment is spent in tension, waiting for the shoe to drop- and the movie does a great job of building that tension, and then releasing it.

The character of the son, with his nascent sociopathy and sadism, was absolutely chilling. Men who are as disturbed and abusive as the father in this film do NOT make good parents to daughters OR sons. It’s questionable whether that character could have been redeemed at any point, whether it’s in his genes or taught- but that he purposely explains his motives and actions to the son suggests it is both.

The mother’s hopelessness in the situation and her seeming inability to do anything useful is very accurate. In an abusive relationship of long standing, the abused person becomes listless, unable to make decisions. The mother in this film has obviously been taught well that there is no hope for her; that there is no escape, and that her situation, bad as it is, is the best she will ever get.

This is horror. This is something that happens, that CAN happen. People like the father in this film exist, and they are not “crazy-looking”, they are not wearing skin masks, out on the edge of society. They preach in the church and sell the real estate and run the bank. They are high-functioning and they exist. When they’re caught, IF they are caught, nobody can believe it. Often the abused in the family are not believed. And through slow escalation, their abuses can eventually become extreme and unbelievable. I have to add this character to the list of accurately-depicted narcissists in film. He’s apt, he’s correct, and his casual ownership of others, his assumed control over them, is exactly how these people operate in real life.

The only real problems with this, for me, were the crappy, overclocked soundtrack (WAY TOO LOUD, wtf?) and the allowance of bits of humor in the violence and catharsis at the end. There is no reason to shy away and lighten the mood during a cathartic scene- just let the intensity stay high, please. Hitting the dog-sister in the head with a goofy “clang” doesn’t add much to the scene, and dilutes the character of the woman into slapstick, instead of wordless menace.

I read a lot about crap like extreme neglect, and feral children, and I thought the main character was very well written on that level.

This movie triggered me, and scared me. It’s the first movie I’ve seen in a while, too, in which the bad guys did NOT look like cartoon versions of my friends, (*coughinsidiouscough*, *hic30daysofnightcup*) but like the kind of people I have known in real life to be completely rotten.