if you don’t like spoilers or are too fragile don’t read any further and avoid the comments. 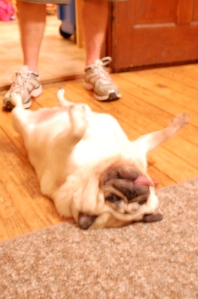 I usually only watch horror films, spiced with the occasional psychological thriller,sci-fi indy film, or action flick. So recently when someone asked me what my favorite death scene was, from a movie, I first piped up with an obvious one from one of my favorite horror movies.

“No,” she said. “I mean for the impact it had on you. Not for the plot to advance.”
I had to think hard. I mean, very hard. There are so many deaths in the movies I watch, you see, and yet most of them are plot devices, not seriously meaningful beyond that. Not the kind of thing that affects me, really. I mean, even when I watch emotional movies, I don’t get very emotional, and I’ve never cried during a movie (books, yes. movies? no.)

So after a few days of deep thought, I’ve made a list. There are a lot of spoilers in it, and if you don’t like spoilers or are too fragile to handle knowing the end of something don’t read any further and avoid the comments. I’m serious, I’ll just delete comments complaining about spoilers.

END_OF_DOCUMENT_TOKEN_TO_BE_REPLACED

The Bechdel test is simple. Your book, film, or other work passes if it contains two named female characters, who speak to each, about something other than a man (or men).

I actually think about this while reading or watching a movie. Some movies that have been hailed as feminist masterpieces (by morons *cough*) don’t pass this test. And some movies I love but which are seen as just awful to women- DO pass.

The corollary I’d give, is that if your work doesn’t pass the Bechdick test as well, you are off the hook. This second test is simple- if your film, book, or other work contains two men, with names, who speak to each other about something other than women, it has passed the test.

Some works contain only one character, two male characters, or a mixed pair. These works are officially off the hook, not liable to the test. Since they wouldn’t pass the Bechdick test, you can’t apply Bechdel to them either.

However, a book that passes one MUST pass the other as well, or it’s simply not realistic. Even fantasy works should maintain enough realism in the characters to make me believe they are real, to flesh them out. If a work doesn’t pass the Bechdel test, I find my suspension of disbelief waning, and my interest in the (male) characters almost lost- since some characters are not realistic, none can be.